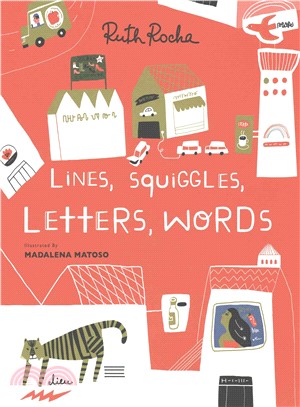 Here, a child who has not yet learned to read looks out at his world and sees language as such a child would: as puzzling, elusive lines and squiggles, for they don't make pictures but don't seem to make anything else either.
And then he starts school and as letters take shape in his mind, his way of seeing changes.
Ruth Rocha is a Brazilian children's book writer, and one of the leading exponents of the new wave of Brazilian children's literature. She debuted in the literary field in 1967, writing articles for several magazines on education. In 1976, she published her first book entitled Palavras Muitas Palavras. Her current work has more than 130 published titles, 500 editions and translations to over 25 languages; also, it has sold about 17.5 million copies in Brazil and 2.5 million copies overseas.
PrevNext