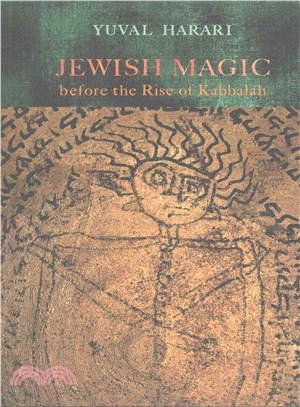 "In order to describe ancient Jewish magic on the basis of magic texts, we must first define, even if in the most general terms, what is magic." Originally published in Hebrew in 2010, Jewish Magic before the Rise of Kabbalah is a broad investigation into early Jewish magic wherein author Yuval Harari deals with the problem of defining ancient Jewish magic.

Divided into two parts, the book acknowledges the shift of paradigms in the research of Jewish magic and discusses it in relation to the study of magic in fields like comparative study of religion, sociology of religion, history, and cultural anthropology. The first part of Jewish Magic before the Rise of Kabbalah concentrates on theory, addressing major trends in the study of magic, in general, and the study of early Jewish magic, in particular, from the mid-nineteenth century to the present, and delving into questions regarding the perception of magic and its place in the matrix of ancient Jewish culture. The second part focuses on early Jewish magic as cultural phenomenon. It presents a comprehensive analysis of the available evidence: that of the "insider" is regarded as a direct evidence of what has been thought of and done by practitioners of magic practices, whereas the "outsider" sources serve primarily for attaining a broad view of the magic discourse (including its social implications) in Jewish society in general.

Issues of magic and religion, magical mysticism, and magic and social power are dealt with in length in this thorough investigation. Scholars interested in early Jewish history and comparative religions will find great value in this text.

Yuval Harari is a professor of Hebrew Literature and Jewish Folklore at Ben-Gurion University of the Negev. His cultural and textual studies cover a broad range of phenomena in the field of magic and practical Kabbalah in Judaism from Antiquity to our day. He is also the author of The Sword of Moses: A New Translation and Study.
PrevNext