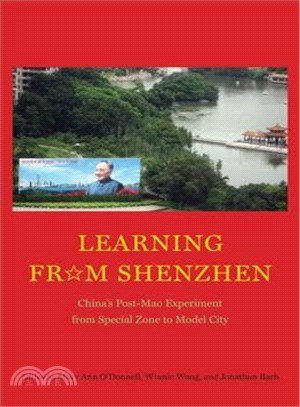 This multidisciplinary volume, the first of its kind, presents an account of China’s contemporary transformation via one of its most important yet overlooked cities: Shenzhen, located just north of Hong Kong. In recent decades, Shenzhen has transformed from an experimental site for economic reform into a dominant city at the crossroads of the global economy. The first of China’s special economic zones, Shenzhen is today a UNESCO City of Design and the hub of China’s emerging technology industries.

Bringing China studies into dialogue with urban studies, the contributors explore how the post-Mao Chinese appropriation of capitalist logic led to a dramatic remodeling of the Chinese city and collective life in China today. These essays show how urban villages and informal institutions enabled social transformation through cases of public health, labor, architecture, gender, politics, education, and more. Offering scholars and general readers alike an unprecedented look at one of the world’s most dynamic metropolises, this collective history uses the urban case study to explore critical problems and possibilities relevant for modern-day China and beyond.

Mary Ann O’Donnell is an independent artist-ethnographer and cofounder of the Handshake 302 Art Space in Shenzhen. Winnie Won Yin Wong is assistant professor of rhetoric and history of art at the University of California, Berkeley. She is the author of Van Gogh on Demand: China and the Readymade, also published by the University of Chicago Press. Jonathan Bach is associate professor and chair of global studies at the New School in New York. He is the author of Between Sovereignty and Integration: German Foreign Policy and National Identity after 1989.