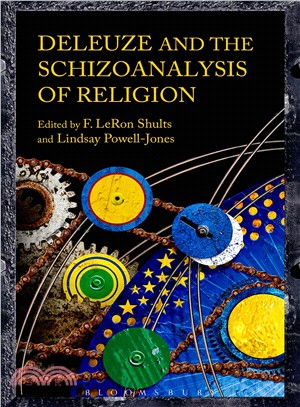 This volume brings together some of the leading voices in the field of Deleuze studies and religion, discussing what a schizoanalysis of religion might be and introduce a variety of ways in which it might be practiced. The authors do not all agree on the extent to which Deleuze and Guattari's schizoanalysis project is antithetical to “religion.” However, they do share an enthusiasm for the exploring the ways in which it can contribute to such topics as political theology, liberation theology, Christian doctrine, and spirituality more generally, without losing sight of the important role atheism has to play in Deleuze's broader work.

Opening up new lines of flight for Deleuze studies, Deleuze and the Schizoanalysis of Religion makes rhizomic connections that will be of interest to scholars in other fields including theology, psychology of religion, philosophy of religion and the history and practice of Western esotericism.

Lindsay Powell-Jones is completing her PhD in the School of Modern Languages, Cardiff University. Her thesis is on Gilles Deleuze and the films of Andrei Tarkovsky.

F. LeRon Shults is professor of theology and philosophy at the Institute for Religion, Philosophy and History, University of Agder, Kristiansand, Norway, and senior research fellow at the Institute for the Bio-Cultural Study of Religion, Boston University, USA. He is the author of 13 books including Godless: Atheism, Apologetics and the Biocultural Study of Religion (Bloomsbury, 2017) and over 60 scientific and philosophical articles.