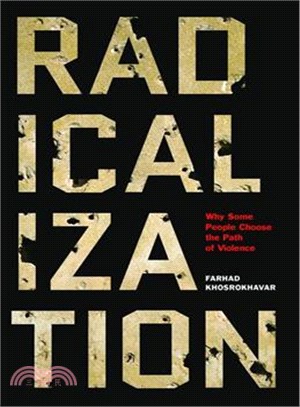 In the wake of the Paris, Beirut, and San Bernardino terrorist attacks, fears over ?homegrown terrorism” have surfaced to a degree not seen since September 11, 2001—especially following the news that all of the perpetrators in Paris were European citizens. A sought-after commentator in France and a widely respected international scholar of radical Islam, Farhad Khosrokhavar has spent years studying the path towards radicalization, focusing particularly on the key role of prisons—based on interviews with dozens of Islamic radicals—as incubators of a particular brand of outrage that has yielded so many attacks over the past decade.

Khosrokhavar argues that the root problem of radicalization is not a particular ideology but rather a set of steps that young men and women follow, steps he distills clearly in this deeply researched account, one that spans both Europe and the United States. With insights that apply equally to far-right terrorists and Islamic radicals, Khosrokhavar argues that our security-focused solutions are pruning the branches rather than attacking the roots—which lie in the breakdown of social institutions, the expansion of prisons, and the rise of joblessness, which create disaffected communities with a sharp sense of grievance against the mainstream.
Farhad Khosrokhavar is the director of studies at the School for Advanced Studies in the Social Sciences in Paris. He is an expert on contemporary Iran and Islam in France and he lives in Paris. Jane Marie Todd is an award-winning translator of more than seventy books. She lives in Portland, Oregon.
PrevNext