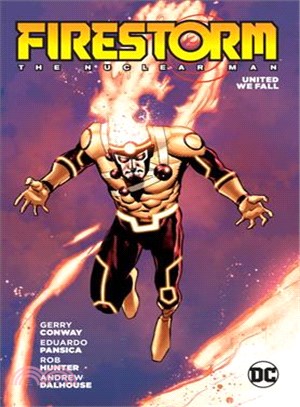 The original, 1970s tales that introduced Firestorm, one of the key heroes of BRIGHTEST DAY, are collected for the first time.

Originally introduced in 1978, Firestorm is the heroic identity of high school student Ronnie Raymond. After Raymond is nearly tricked into blowing up a nuclear reactor, he encounters Professor Martin Stein, and together, they are caught in a nuclear incident. Their personalities merged, forming the being called Firestorm, with Raymond in command but Stein also present as a guiding force in their adventures.

Gerry Conway began his professional comic book career in 1969 when DC Comics published his first work in its anthology THE HOUSE OF SECRETS. He went on to co-create the characters Firestorm, The Nuclear Man, Vixen and Killer Croc for DC. Conway also worked for Marvel Comics, where he notably wrote "The Night Gwen Stacy Died" in The Amazing Spider-Man #121, as well as serving briefly as that company's editor-in-chief. His numerous writing credits include the first DC/Marvel crossover, SUPERMAN VS. SPIDER-MAN.

In addition to comics, Conway has published the science fiction novels The Midnight Dancers and Mindship. He has also written for and/or produced such TV series as Hercules: The Legendary Journeys, Baywatch Nights, Silk Stalkings, Law & Order, Law & Order: Criminal Intent, The Huntress, and Batman: The Animated Series.
PrevNext