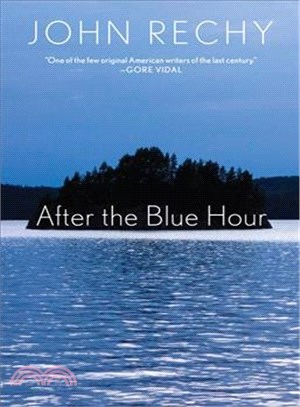 ?One of the few original American writers of the last century.”?Gore Vidal

John Rechy’s first novel, City of Night, an international bestseller, is now considered a modern classic. Subsequent work has asserted his place among America’s most important writers. The author’s most daring work, After the Blue Hour is narrated by a twenty-four-year-old writer named John Rechy. Fleeing a turbulent life in Los Angeles, he accepts from a man who admires his work an invitation to his private island. There, John joins Paul, his imposing host in his late thirties, his beautiful mistress, Sonya, and his precocious teenage son. Browsing Paul’s extensive library, and spending the bewitched ?blue hour” of the evening on the deck conversing about film and literature, the promised surcease seems at hand. With unabashed candor, Paul roams over his life. Through seductive charm and cunning, he married and divorced two women from powerful families. He reveals an affinity for erotic ?dangerous games”?never identifying the mother of his son, whose resentment of the narrator becomes threatening. As ?games” veer toward violence, buried secrets surface in startling twists and turns, and explosive confrontation becomes inevitable.

?John Rechy is expert on the mechanics of desire and on the subtle ways we clothe that universal drive.”?Los Angeles Magazine on About My Life and the Kept Woman

?John Rechy, rather like Henry Miller, is best known for his depiction of raw and shocking sexuality . . . A passion so sublime that it approaches a state of rapture.”?Los Angeles Times Book Review on The Life and Adventures of Lyle Clemens
John Rechy is the author of seventeen books, including City of Night, the New York Times bestseller Numbers, and the Los Angeles Times bestsellers Rushes and The Coming of the Night. He has received many awards, including PEN Center USA's Lifetime Achievement Award, the William Whitehead Award for Lifetime Achievement, the Luis Leal award for Distinguished Achievement in Chicano/Latino Literature, and the Lifetime-Recognition Award from the University of California at Riverside. The author lives in Los Angeles.
PrevNext