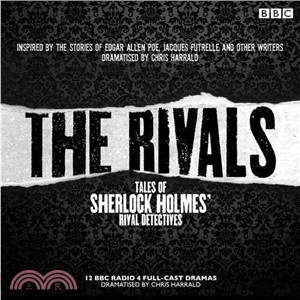 Dramatised for radio by Chris Harrald, these 12 stories are written by masters of the crime and thriller genre, all contemporaries of Arthur Conan Doyle. They include:

Edgar Allen Poe (1809-1849) was an American short story writer and poet. His stories were influential in both the detective novel and gothic novel genres. Among his most famous stories are The Murders in the Rue Morgue, The Pit and the Pendulum and The Fall of the House of Usher.

Jacques Heath Futrelle (1875 ? 1912) was an American journalist and mystery writer. He is best known for writing short detective stories featuring Professor Augustus S. F. X. Van Dusen, also known as "The Thinking Machine" for his application of logic to any and all situations. Futrelle died in the sinking of the RMS Titanic.