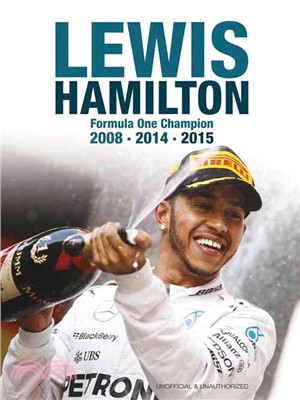 Lewis Hamilton is one of the greatest drivers in the history of Formula One motor racing. He is just the second British driver to win the World Championship on three occasions and the first to win back-to-back titles. His rise to the top was certainly dramatic, but hardly surprising given his first meeting with the then manager of McLaren, Ron Dennis. Ten-year-old Lewis told Dennis he wanted to drive in Formula One for McLaren and, 12 years later, he was doing just that. Twelve months later, Lewis was, at 23, F1's youngest World Champion. Eleven wins and 16 podium finishes in 19 races in 2014 were more than enough to give him a second World Championship. The following year brought so many landmarks, including the victories in Japan, Russia and United States when he matched his hero Ayrton Senna's total of 41 Grand Prix victories, passed him and then clinched a third World Championship. 2016 sees him competing in his 10th season in Formula One.
Bruce Jones, a former editor of Autosport magazine, is one of the most respected commentators and reporters on the motor racing scene around the world. As well as the annual Formula One Guide, Bruce has written numerous other books, including 60 Years of Formula One, The Treasures of Formula One and World Formula One Records.
PrevNext