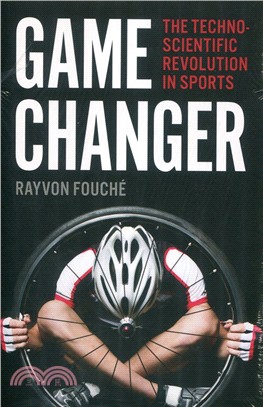 We like to think of sports as elemental: strong bodies trained to overcome height, weight, distance; the thrill of earned victory or the agony of defeat in a contest decided on a level playing field. But in Game Changer, Rayvon Fouché argues that sports have been radically shaped by an explosion of scientific and technological advances in materials, training, nutrition, and medicine dedicated to making athletes stronger and faster. Technoscience, as Fouché dubs it, increasingly gives the edge (however slight) to the athlete with the latest gear, the most advanced training equipment, or the performance-enhancing drugs that are hardest to detect.

In this revealing book, Fouché examines a variety of sports paraphernalia and enhancements, from fast suits, athletic shoes, and racing bicycles to basketballs and prosthetic limbs. He also takes a hard look at gender verification testing, direct drug testing, and the athlete biological passport in an attempt to understand the evolving place of technoscience across sport.

In this book, Fouché:

• Examines the relationship among sport, science, and technology• Considers what is at stake in defining sporting culture by its scientific knowledge and technology• Provides readers and students with an informative and engagingly written study

Focusing on well-known athletes, including Michael Phelps, Oscar Pistorius, Caster Semenya, Usain Bolt, and Lance Armstrong, Fouché argues that technoscience calls into question the integrity of games, records, and our bodies themselves. He also touches on attempts by sporting communities to regulate the use of technology, from elite soccer’s initial reluctance to utilize goal-line technology to automobile racing’s endless tweaking of regulatory formulas in an attempt to blur engineering potency and reclaim driver skill and ability. Game Changer will change the way you look at sports—and the outsized impact technoscience has on them.

Rayvon Fouche is director of the American Studies Program and an associate professor in the School of Interdisciplinary Studies at Purdue University. He is the author of Black Inventors in the Age of Segregation: Granville T. Woods, Lewis H. Latimer, and Shelby J. Davidson.