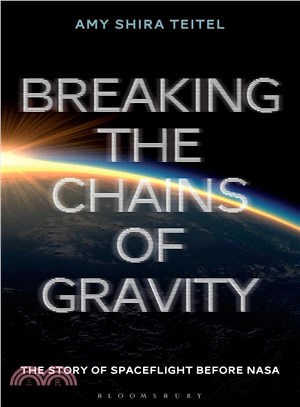 NASA's history is a familiar story, culminating with the agency successfully landing men on the moon in 1969, but its prehistory is an important and rarely told tale. America's space agency drew together some of the best minds the non-Soviet world had to offer, including Wernher von Braun, who began developing missiles for the United States Army. The engineer behind the V-2 rocket, von Braun dreamed of sending rockets into space. Ten years later his Jupiter rocket was the only one capable of launching a satellite into orbit.

The National Advisory Committee for Aeronautics and the U.S. Air Force, meanwhile, brought rocket technology into the world of manned flight. NACA test pilots like Neil Armstrong flew cutting-edge aircraft in the thin upper atmosphere while Air Force pilots rode to the fringes of space in balloons to see how humans handled radiation at high altitude. BREAKING THE CHAINS OF GRAVITY looks at the evolving roots of America's space program--the scientific advances, the personalities, and the rivalries between the various arms of the United States military before the Soviet launch of Sputnik in 1957 made getting a man in space suddenly a national imperative, leading President Dwight D. Eisenhower to create the National Aeronautics and Space Administration.

Amy Shira Teitel is an expert in the history of science, with a lifelong passion for spaceflight. An accomplished science communicator and active blogger, she makes regular appearances on the Popular Science blog, the Nerdist, and VICE's Motherboard, and hosts a YouTube channel, Vintage Space. This is her first book. She lives in Pasadena, California.
PrevNext