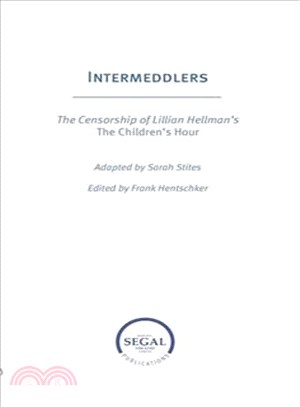 Lillian Hellman's The Children’s Hour opened on Broadway in 1934. A popular and critical success, this drama about two schoolteachers falsely accused of having a lesbian affair ran for 691 performances?-but the subject matter caused authorities to ban the play in many locations. The 1936 censorship trial in Boston became the first gay rights case taken on by the ACLU.
Frank Hentschker, who holds a Ph.D. in theatre from the now legendary Institute for Applied Theatre Studies in Giessen, Germany, came to the Graduate Center in 2001 as program director for the Graduate Center’s Martin E. Segal Theatre Center and was appointed to the central doctoral faculty in theatre in 2009. Among the vital events and series he founded at the Segal Center are the World Theatre Performance series, the annual fall PRELUDE festival, and the PEN World Voices Playwrights Series. Before coming to the Graduate Center, Hentschker founded and directed DISCURS, the largest European student theater festival existing today; he acted as Hamlet in Heiner Muller’s Hamletmaschine, directed by the playwright, performed in the Robert Wilson play The Forest (music by David Byrne) and worked as an assistant for Robert Wilson for many years.

Sarah Stites is a New York-based theatre artist and choreographer. She has developed dance and theater pieces with King William Players, 9BC Performance Project, The Habitat, Manhattan Rep, The Chain Theatre, The Martin E. Segal Theatre Center, Company Cypher, and The Pittsburgh Cultural Council, and Wood Street Galleries, among others. Sarah is the founder of Summertime Rewrite New Play Festival and was the Producer of The PRELUDE Festival of Contemporary Performance in 2014. www.sarahstites.com
PrevNext