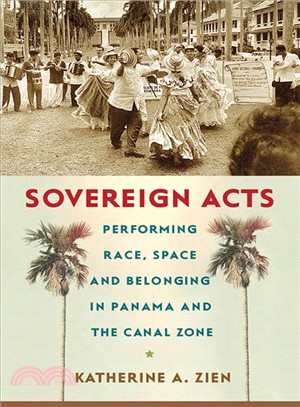 Sovereign Acts explores how artists, activists, and audiences performed and interpreted sovereignty struggles in the Panama Canal Zone, from the Canal Zone’s inception in 1903 to its dissolution in 1999. In popular entertainments and patriotic pageants, opera concerts and national theatre, white U.S. citizens, West Indian laborers, and Panamanian artists and activists used performance as a way to assert their right to the Canal Zone and challenge the Zone’s sovereignty, laying claim to the Zone’s physical space and imagined terrain.

By demonstrating the place of performance in the U.S. Empire’s legal landscape, Katherine A. Zien transforms our understanding of U.S. imperialism and its aftermath in the Panama Canal Zone and the larger U.S.-Caribbean world.

KATHERINE A. ZIEN is an assistant professor in the department of English at McGill University in Quebec, Canada.?
PrevNext