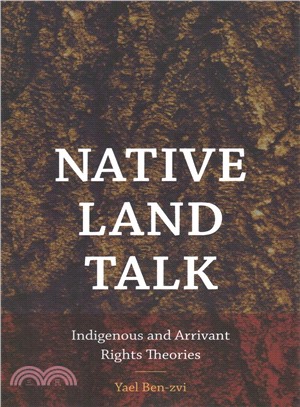 杜威分類：Literature and rhetoric > American or Canadian literature in English
發表評論

Histories of rights have too often marginalized Native Americans and African Americans. Addressing this lacuna, Native Land Talk expands our understanding of freedom by examining rights theories that Indigenous and African-descended peoples articulated in the eighteenth and nineteenth centuries. As settlers began to distrust the entitlements that the English used to justify their rule, the colonized and the enslaved formulated coherent logics of freedom and belonging. By anchoring rights in nativity, they countered settlers’ attempts to dispossess and disenfranchise them. Drawing on a plethora of texts, including petitions, letters, newspapers, and official records, Yael Ben-zvi analyzes nativity’s unsettling potentials and its discursive and geopolitical implications. She shows how rights were constructed in relation to American, African, and English spaces, and explains the obstacles to historic solidarity between Native American and African American struggles.
YAEL BEN-ZVI teaches American studies in Ben-Gurion University of the Negev.
PrevNext