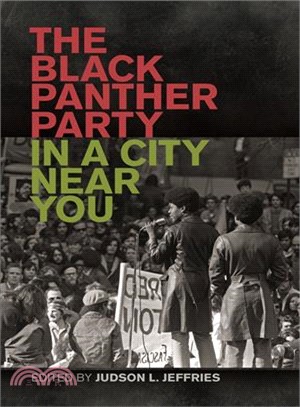 This is the third volume in Judson L. Jeffries’s long-range effort to paint a more complete portrait of the most widely known organization to emerge from the 1960s Black Power Movement. Like its predecessors (Comrades: A Local History of the Black Panther Party [2007] and On the Ground: The Black Panther Party in Communities across America [2010]), this volume looks at Black Panther Party (BPP) activity in sites outside Oakland, the most studied BPP locale and the one long associated with oversimplified and underdeveloped narratives about, and distorted images of, the organization.

The cities covered in this volume are Atlanta, Boston, Dallas, and Washington, D.C. The contributors examine official BPP branches and chapters as well as offices of the National Committee to Combat Fascism that evolved into full-fledged BPP chapters and branches. They have mined BPP archives and interviewed members to convey the daily ups-and-downs related to BPP’s social-justice activities and to reveal the diversity of rank-and-file BPP members’ personal backgrounds and the legal, political, and social skills, or baggage, that they brought to the BPP.

The BPP reportedly had a presence in some forty places across the country. During this time, no other Black Power Movement organization fed as many children, provided healthcare to as many residents, educated as many adults, assisted as many senior citizens, and clothed as many people. In point of fact, no other organization of the Black Power era had as great an impact on American lives as did the BPP. Nonetheless, when Jeffries undertook this project, chapter-level scholarly investigations of the BPP were few and far between. This third book, The Black Panther Party in a City Near You, raises the number of BPP branches that Jeffries and his contributors have examined to seventeen.

Judson L. Jeffries is professor of African American and African studies at Ohio State University. He is the author of Virginia’s Native Son: The Election and Administration of Governor L. Douglas Wilder; Huey P. Newton: The Radical Theorist; Urban America and Its Police (with Harlan Hahn); and The Portland Black Panthers: Empowering Albina and Remaking a City (with Lucas N. N. Burke).
PrevNext