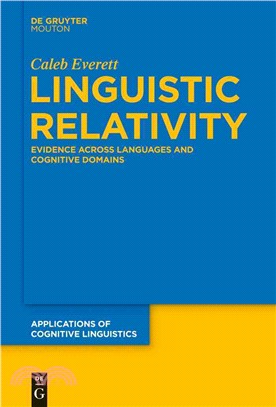 The claim that crosslinguistic disparities foster differences in nonlinguistic thought, often referred to as 'linguistic relativity', has for some time been the subject of intense debate. For much of that time the debate was not informed by much experimental work. Recently, however, there has been an explosion of research on linguistic relativity, carried out by numerous scholars interested in the interaction between language and nonlinguistic cognition. This book surveys the rapidly accruing research on this topic, much of it carried out in the last decade. Structured so as to be accessible to students and scholars in linguistics, psychology, and anthropology, it first introduces crucial concepts in the study of language and cognition. It then explores the relevant experimentally oriented research, focusing independently on the evidence for relativistic effects in spatial orientation, temporal perception, number recognition, color discrimination, object/substance categorization, gender construal, as well as other facets of cognition. This is the only book to extensively survey the recent work on linguistic relativity, and should serve as a critical resource for those concerned with the topic.