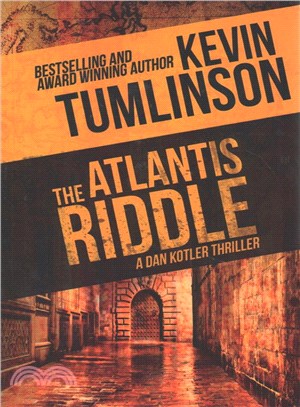 DAN KOTLER IS BACK, AND THIS TIME HE’S TACKLING ONE OF THE OLDEST MYSTERIES IN HISTORY1914— Thomas Edison stands and watches his West Orange laboratory burn to the ground, taking his life’s work with it. And he smiles. In his pocket is a stone that is the key to untold mysteries, and with it he will start fresh, and create wonders beyond any of his previous work.1974— Two US Army Special Forces officers uncover a lockbox filled with invaluable enemy intelligence that can turn the tide of the Vietnam conflict. Among the papers and maps is another stone, nearly identical to Edison’s. With this, the two officers will build a financial empire, corrupt to its core but powerful enough to elude even the FBI.TWO STONES, FOUND SIXTY YEARS APART, AND BOTH HOLDING CLUES TO WHAT MAY BE THE LOST CITY OF ATLANTISToday— Dan Kotler, independent researcher and archeologist, is winding down from the events surrounding the theft and recovery of the Coelho Medallion, and discovering that the fallout of this history-altering adventure reaches further than he’d imagined. As academic colleagues shun him and the press hounds him, Kotler finds himself looking for a new purpose. When Gail McCarthy, granddaughter of one of Manhattan’s wealthiest real estate moguls, brings an ancient stone to Kotler’s attention, he finds himself embroiled once again in intrigue, jeopardy, and mystery. This time he may uncover one of history’s oldest secrets—if he survives long enough.Working with his friend from the FBI, Agent Roland Denzel, Kotler strikes out on a quest to uncover and solve the Atlantis Riddle, and once again rewrite history as we know it.—HERE'S WHAT READERS ARE SAYING ABOUT KEVIN TUMLINSON'S BOOKS:***** “Kevin has crashed onto the action-thriller scene as only an action-thriller author can: with provocative plot lines, unforgettable characters, and enough adrenaline to keep you awake all night.”—Nick Thacker, author of The Enigma Strain***** “[Kevin Tumlinson] is what every writer should be—entertaining and thought-provoking.” — Shana Tehan, Press Secretary, U.S. House of Representatives ***** “There was something so fascinating about [Citadel] and the cast of characters [Kevin Tumlinson] put together.” — Leah Petersen, Author of Fighting Gravity***** "I discovered Kevin Tumlinson from The Creative Penn podcast and immediately got his novel, Evergreen. I read it in like 3 seconds. It's the most fast-paced story I've encountered." —R.D. Holland, Independent Reviewer ***** "[Sawyer Jackson and the Long Land] was a great read! I love these style of books—magic, science fiction, alternate reality. I couldn't put it down." —S., Independent Reviewer
PrevNext