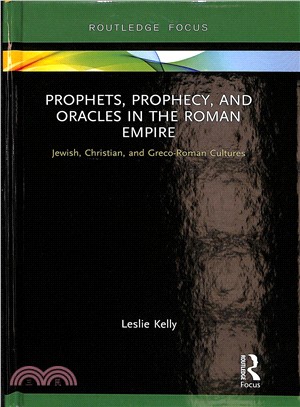 This book surveys the uses and function of prophecy, prophets, and oracles among Jews, Christians, and pagans in the first three centuries of the Roman Empire and explores how prophecy and prophetic texts functioned as a common language that enabled religious discourse to develop between these groups. It shows that each of these cultures believed that it was in prophetic texts and prophetic utterances that they could find the surest proof of their religious beliefs and a strong confirmation of their group identity.

Leslie Kelly is Associate Professor of History in the School of Arts & Humanities at American Public University, USA.