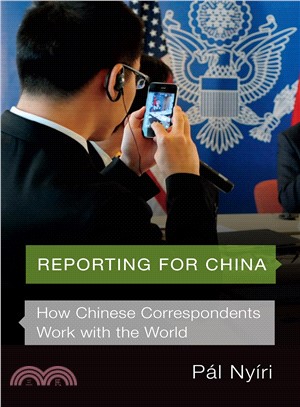 While Western media are shrinking their foreign correspondent networks, Chinese media, for the first time in history, are rapidly expanding worldwide. The Chinese government is financing most of this growth, hoping to strengthen its influence and improve its public image. But do these reporters willingly serve formulated agendas or do they follow their own interests? And are they changing Chinese citizens’ views of the world?

Based on interviews and informal conversations with over seventy current and former correspondents, Reporting for China documents a diverse group of professionals who hold political views from nationalist to liberal, but are constrained in their ability to report on the world by China’s media control, audience tastes, and the declining market for traditional media.

Pal Nyiri is professor of global history from an anthropological perspective at Vrije Universiteit in Amsterdam. He is the author of Scenic Spots: Chinese Tourism, the State, and Cultural Authority; coauthor of Seeing Culture Everywhere: From Genocide to Consumer Habits; and coeditor of Chinese Encounters in Southeast Asia: How People, Money, and Ideas from China Are Changing a Region.