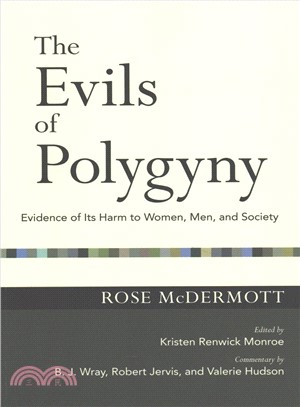 Why do men act violently toward women?

What are the consequences of "normal violence," not only for women and children but also for the men who instigate it, and for the societies that sanction it?

The Evils of Polygyny examines one powerful structural factor that instigates, enforces, and replicates patterns of male dominance: the practice of polygyny. From more than a decade’s worth of study, Rose McDermott has produced a book that uncovers the violent impact of polygyny on women, children, and the nation-state and adds fundamentally to the burgeoning focus on gender concerns in political psychology and international relations. Integrating these fields, as well as domestic policy and human rights, the author urges us to address the question of violence toward women and children. If we do not, a system that tells young women they must marry whom their elders dictate and devote their entire lives to serving others will continue to plague the contemporary world, and restrict development.

The timely nature of McDermott’s book reflects the mission of the Easton Lectures at the Interdisciplinary Center for the Scientific Study of Ethics and Morality at the University of California, Irvine, which charges its lecturers to produce work that is creative, controversial, and cutting-edge, and offers substantial real-world impact. The Evils of Polygyny, edited by Kristen Renwick Monroe, includes commentary from Valerie Hudson, Robert Jervis, and B. J. Wray. The book does just that, providing a coherent analysis of sexual violence and a provocative and chilling analysis of one of the major problems of the contemporary world.