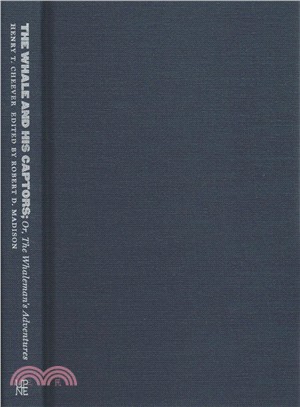 The Whale and His Captors is an important firsthand account of the golden age of American whaling, chronicling both its lore and science as practiced from the inception of the fishery to the mid-1800s. Late in the composition of Moby-Dick, Herman Melville found inspiration in Cheever and his writings that would provide the final flourishes for one of America’s classic novels. After exhausting other whaling sources—Beale, Scoresby, Bennett, and Browne—Melville turned to Cheever for chapter titles and organization as well as passages that helped shape, define, and elucidate his great work. This is the first scholarly edition of The Whale and His Captors, accompanied by an introduction and apparatus that clearly elucidates Cheever’s treatise on whaling and demonstrates how his writings contributed both to the course of American literature and to our burgeoning understanding of literature’s engagement with the natural world.
HENRY T. CHEEVER (1814–1897) was born and educated in Maine. In the early 1840s he voyaged as a passenger on the whaling ship Commodore Preble. Cheever published The Whale and His Captors a year or two before Herman Melville’s Moby-Dick appeared in 1851. ROBERT D. MADISON is professor of English at the U.S. Naval Academy and an editor of Northwestern-Newberry editions of the writings of Herman Melville.
PrevNext