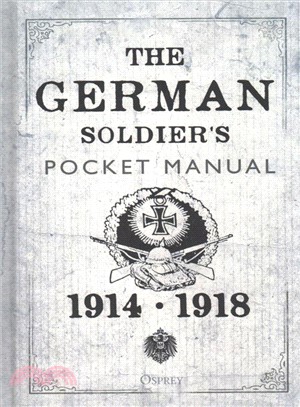 This is the first Pocket Manual to be dedicated to the German Army in World War I, with chapters comprising of complete documents or extracts drawn from two major sources: the German Army of 1914-1918 itself, or the intelligence sections of other armies.

It describes the new tactics and units developed by the German army during the war, including the myths surrounding Stormtrooper units. These new methods used came about due to interaction between the opposing forces and tended to be incremental in their appearance. Nevertheless the new ideas were hugely influential and important not only to the German army but to others as well, including the British and American forces.

Utilizing a wide range of sources, including various pamphlets and manuals that were produced throughout World War I, this fascinating pocket manual gives a German perspective to World War I.

Stephen Bull was Curator of Military History and Archaeology for Lancashire Museums, with responsibility for local regimental collections. He has worked at the National Army Museum and BBC in London and has also appeared in the TV series Battlefield Detectives. He has written numerous articles for specialist journals, including a number on the weapons and tactics of the First World War. His other books include several Osprey titles on the tactics of World Wars I and II.
PrevNext