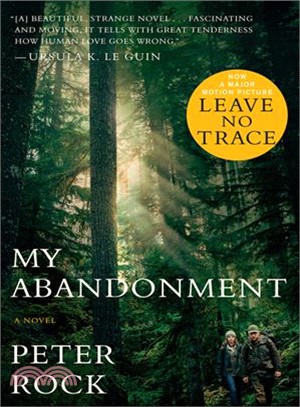 “A book as fierce as it is tender, as tender as it is real.”—Junot Díaz

“Poignant . . . My Abandonment lingers in the mind, leaving you as haunted as its mesmerizing characters.”—New York Post

A thirteen-year-old girl and her father live in Forest Park, an enormous nature preserve in Portland, Oregon. They inhabit an elaborate cave shelter, wash in a nearby creek, store perishables at the water’s edge, use a makeshift septic system, tend a garden, even keep a library of sorts. Once a week they go to the city to buy groceries and otherwise merge with the civilized world. But one small mistake allows a backcountry jogger to discover them, which derails their entire existence, ultimately provoking a deeper flight.
Inspired by a true story and told through the startlingly sincere voice of its young narrator, Caroline, My Abandonment is a riveting journey into life at the margins and a mesmerizing tale of survival and hope.

“[A] beautiful, strange novel . . . Fascinating and moving, it tells with great tenderness how human love goes wrong.”—Ursula K. Le Guin
PETER ROCK is the author of the seven novels and one short story collection. He has received a Guggenheim Fellowship, a National Endowment for the Arts Fellowship, and an Alex Award, among other honors.
PrevNext