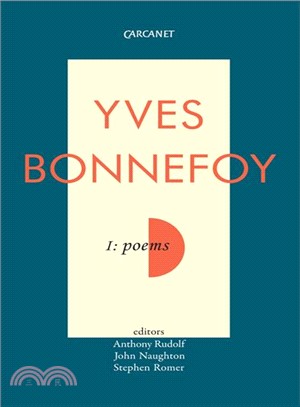 France’s greatest poet of the last half century, Yves Bonnefoy wrote many books of poetry and poetic prose, as well as celebrated critical essays on literature and art (to which a second volume will be devoted). At his death in 2016 aged ninety-three, he was Emeritus Professor of Comparative Poetics at the Collège de France. The selection for this volume (and the second one) was made in close collaboration with the poet. The lengthy introduction by John Naughton is a significant assessment of Bonnefoy’s importance in French literature.
Yves Bonnefoy was named to the College de France in 1981 to fill the chair left vacant by the death of Roland Barthes and was the first poet honoured in this way since Paul Valery. He is the author of six critically acclaimed books of poetry. Bonnefoy's poems have appeared in English in the New Yorker, Paris Review, Partisan Review, and other journals.
PrevNext