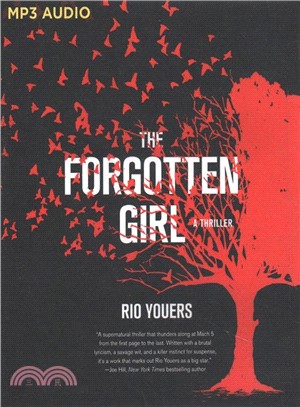 Harvey Anderson is a twenty-six-year-old street performer from New Jersey. He enjoys his peaceful life, but everything turns upside down when he is abducted and beaten by a group of nondescript thugs. Working for a sinister man known as “the spider,” these goons have spent nine years searching for Harvey’s girlfriend, Sally Starling. Now they think they know where she lives. And whom she loves.

There’s only one problem: Sally is gone and Harvey has no memory of her. Which makes no sense to him, until the spider explains that Sally has the unique ability to selectively erase a person’s memories?an ability she has used to delete herself from Harvey’s mind.

But emotion runs deeper than memory, and Harvey realizes he still feels something for Sally. And so?with the spider threatening?he goes looking for a girl he loves but can’t remember...and encounters a danger that reaches beyond anything he could ever imagine.

Political corruption and manipulation. A serial killer’s dark secrets. An appetite for absolute, terrible power. For Harvey Anderson, finding the forgotten girl comes at quite a cost.