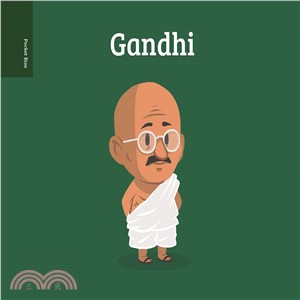 Mahatma Gandhi was the celebrated leader of the Indian independence movement, and an inspiration for many similar movements around the world. Gandhi began his push for nonviolent civil disobedience as an expatriate lawyer in South Africa, eventually bringing the practice to India where he led the Indian National Congress. He is referred to as the Father of the Nation, and remains a symbol of freedom and nonviolence to this day.

Pocket Bios are full of personality, introducing readers to fascinating figures from history with simple storytelling and cheerful illustrations. Titles include men and women from history, exploration, the sciences, the arts, the ancient world, and more.

Al Berenger is the creator of the What a Story! collection, With these stories, Al makes learning history fun, allowing young readers to discover history through important characters in the Pocket Bios series. Al is part of a team of people at Unique Heritage Media in Paris, France.
PrevNext