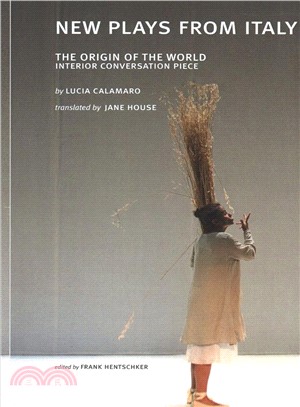 The Mother Daria lives with her Daughter Federica among bulky modern appliances, godlike monumental figures; they confront reality as they eat, chat, and get dressed. Sometimes other characters in the family constellation, such as the Analyst, join them. The womb of domestic life is staged in chapters, which lead not towards an ending but towards an origin. The play portrays the indifference, rage, and helplessness of those who live with depression.

Dr. Frank Hentschker holds a Ph.D. in Theatre from the Theatre Institute in Giessen, Germany and joined the Faculty of the Ph.D. Program in Theatre at The Graduate Center, City University of New York, in 2009.

Dr. Hentschker currently serves as Executive Director and Director of Programs at the Martin E. Segal Theatre Center (MESTC), an institute for theatre based at the CUNY Graduate Center. In this capacity, since 2001 Dr. Hentschker has transformed the MESTC into a premier forum for public programming in international and U.S. theatre and theatre studies. He founded the acclaimed annual festival PRELUDE-at the forefront of contemporary nyc theatre, which features twenty New York-based theatre companies and playwrights at the Center each fall. He also started the PEN World Voices Playwrights Series, in partnership with the PEN America Center's PEN World Voices Festival of International Literature, and led 19 CUNY performing arts centers in the formation of the CUNY C-PAC Performing Arts Consortium, producing its first joint festival in 2009.Each year, Dr. Hentschker curates and produces approximately 40 events for the Segal Center, featuring lecture-demonstrations, symposia, works-in-progress and conversations with theatre scholars, theatrical luminaries and emerging voices in the international and local theatre scene.

Before coming to the Segal Center, Dr. Hentschker served as a producer, consultant and actor in the U.S. and Europe. He founded and was Artistic Director and Financial Administrator of DISCURS, the largest European student theater festival existing today; served as Robert Wilson's personal assistant and tour manager for his production of Dr. Faustus Lights the Lights at Berlin's Hebbel Theatre, and appeared as Hamlet in Heiner Muller's own production of his play Hamletmaschine, among many other roles. Dr. Hentschker served as President of the Board of PAJ: A Journal of Performance and Art from 2005- 2009, and edited the book Jan Fabre: I Am A Mistake, Seven Works for the Theatre (MESTC Publications, 2009).