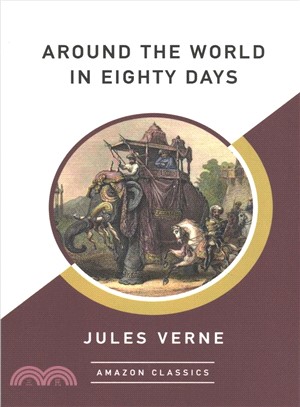 Pragmatic gambler Phileas Fogg has made a gentlemanly wager to the members of his exclusive club: that he can circle the world in just eighty days, right down to the minute. Fetching his newly appointed French valet, Fogg embarks on a fabulous journey across land and sea—by steamer, rail, and elephant—to win the bet of a lifetime.

Inspired by Jules Verne’s own sea travels and his fascination with circumnavigating the globe, the avid dreamer’s picaresque voyage inspired generations of adventurers who were eager to best Verne’s challenge—from nineteenth-century journalist Nellie Bly to Monty Python’s Michael Palin.