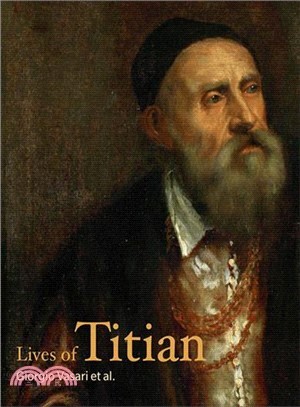 In this book, biographical accounts by several of Titian’s contemporaries, including Giorgio Vasari and Pietro Aretino, trace the long, fascinating, and prolific life of this master of the Italian Renaissance. As the most important member of the sixteenth-century Venetian school, Titian (ca. 1488–1576) reached a level of professional success rivaled only by Raphael, Michelangelo, and, at a later date, Rubens. He was sought after by a range of patrons from Venice and its possessions, as well as northern Italian princes and, eventually, the papacy. Titian’s painting methods, particularly his use of color, would influence not only painters of the Renaissance but also future generations of Western artists.
Giorgio Vasari, Florentine painter and architect, friend of Michelangelo and intimate of the Medici, is best known for his Lives of the Most Excellent Painters, Sculptors and Architects, published in 1550 and in an enlarged edition in 1568. With more than two hundred biographies, it has for centuries been recognized as a seminal text in art history and one of the most important sources on the Italian Renaissance.

Pietro Aretino (1492–1556), a close friend of Titian, was an influential Italian playwright, poet, and satirist; among other accomplishments, he was known—and feared—for his robust career as a blackmailer of prominent men, as well as for developing modern literary pornography.