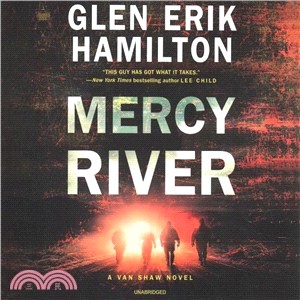 Helping a fellow veteran accused of murder, Van Shaw is drawn into a dangerous labyrinth involving smuggled opioids, ruthless mercenaries, and deadly family secrets that will challenge his notions of brotherhood, and justice in this riveting thriller from Anthony, Macavity and Strand Critics award-winning author Glen Erik Hamilton.

When his friend Leo Pak is arrested for murder, Van Shaw journeys to a remote Oregon county to help his fellow soldier. The troubled vet had come to the small town of Broken Ridge for a reunion of hundreds of former and active Rangers-a raucous event that dominates the town for one weekend each year. The reunion is more than just a party; it's the central celebration of a growing support network called the Rally, founded and led by a highly decorated Special Operations general.

Van quickly discovers there's more going on in Broken Ridge than just a bunch of Army hard cases blowing off steam. The murder victim was the front man for a team of private military contractors hired to recover stolen heroin-grade opiates. The missing drugs are just the latest score in a series of daring heists targeting armored cars around the nation. The mercenaries could help clear Leo's name, but only if Van agrees to use his skills and criminal contacts to find the robbers.

Van's search will stir up old grudges and dark secrets beneath the surface of this placid small town, pit his criminal instincts against his loyalties to his brothers in arms, and force him to question his own belief in putting justice above the letter of the law.