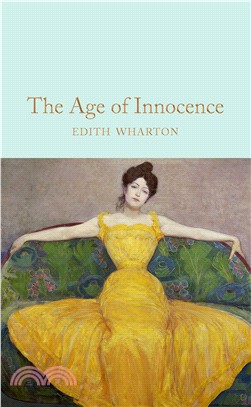 Edith Wharton’s Pulitzer Prize-winning novel, The Age of Innocence, is both a poignant story of frustrated love and an extraordinarily vivid, delightfully satirical record of a vanished world. This edition features an introduction by award-winning novelist, Rachel Cusk.

As the scion of one of New York’s leading families, Newland Archer has been born into a life of sumptuous privilege and strict duty. A sensitive, intelligent young man, he still respects the rigid social code by which his class lives. As he contemplates his forthcoming marriage to the striking and equally well-born May Welland, he gives thanks that she is ‘one of his own kind’. But the arrival of the Countess Olenska, a free spirit who breathes clouds of European sophistication, makes him question the path on which his upbringing has set him. As his fascination with her grows, he discovers just how hard it is to escape the bonds of the society that has shaped him.