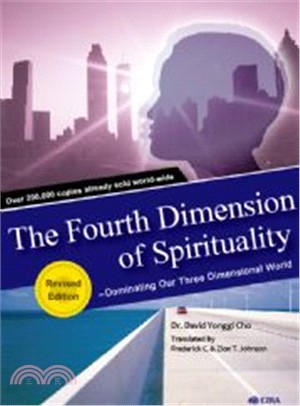 The First Element: Thinking
God gave us the ability to think so that we may bring changes
to the fourth-dimensional realm. We cannot account for thinking
in three-dimensional terms. Thinking only occurs in the fourthdimensional
realm. Thinking doesn’t have thickness or width, and
it isn’t visible. Thinking is eternal and infinite. Therefore, it’s part
of the fourth dimension.

The Second Element: Faith
The second element that can bring about change in our fourthdimensional
realm is faith. Faith is a source of powerful strength
that can be utilized through the fourth-dimensional realm to bring
about change in our three-dimensional realm. “…as you have
believed, so let it be done for you” (Matthew 8:13, NKJV). “If you
can believe, all things are possible to him who believes” (Mark
9:23, NKJV).

The Fourth Element: Words
Words are the fourth element in the fourth dimension. Human
beings have the exclusive ability to express themselves through
words in the fourth dimension. Humans, who have the ability to
communicate in words, started and developed civilization and
culture. Animals, no matter how ferocious or strong they may be,
do not plan or develop civilizations; that’s because they don’t have
this fourth-dimensional element, words.