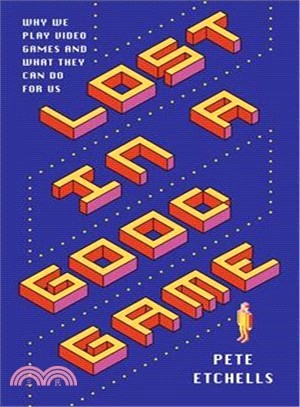 When Pete Etchells was 13, his father died from motor neurone disease. In order to cope, he immersed himself in a virtual world - first as an escape, but later to try to understand what had happened. Etchells is now a researcher into the psychological effects of video games, and was co-author on a recent paper explaining why WHO plans to classify ‘game addiction’ as a danger to public health are based on bad science and (he thinks) are a bad idea.

In this, his first book, he journeys through the history and development of video games - from Turing’s chess machine to mass multiplayer online games like World of Warcraft or Fortnite - via scientific study, to investigate the highs and lows of playing and get to the bottom of our relationship with games - why we do it, and what they really mean to us.

At the same time, Lost in a Good Game is a very unusual memoir of a writer coming to terms with his grief via virtual worlds, as he tries to work out what area of popular culture we should classify games (a relatively new technology) under.

Dr Pete Etchells is a lecturer in psychology at Bath Spa University, whose field of research is the behavioural effects of videogames on the human brain. He writes the acclaimed Headquarters blog for the Guardian and blogs for cosmicshambles.com. This is his first book.