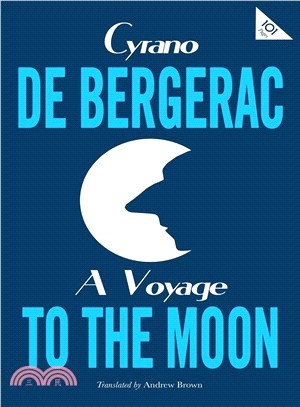 In A Voyage to the Moon, the narrator (called, like the author, Cyrano de Bergerac), after a failed first attempt to reach the moon using vials of dewdrops, finally makes it into space and to his desired destination using the more scientific means of a rocket-powered craft. After landing, he discovers four-legged creatures whose nourishment is smoke and whose currency is poetry and encounters the ghost of Socrates.

Published posthumously and intended mainly as a satire of its age, this imaginative and entertaining tale – here presented in a lively translation by Andrew Brown – is now considered one of the pioneering works of science fiction.

Savinien de Cyrano de Bergerac (1619–55) – best known for Edmond de Rostand's depiction of him in his famous play – was a major writer of the French libertine movement, and the author of plays such as The Death of Agrippina and The Pedant Tricks and many other innovative works of prose and poetry.
PrevNext