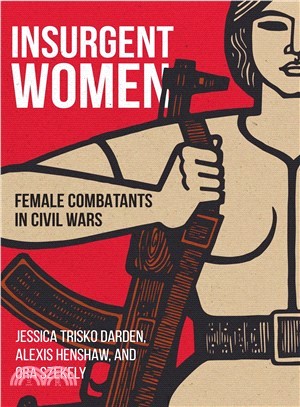 Why do women go to war? Despite the reality that female combatants exist the world over, we still know relatively little about who these women are, what motivates them to take up arms, how they are utilized by armed groups, and what happens to them when war ends. This book uses three case studies to explore variation in women’s participation in nonstate armed groups in a range of contemporary political and social contexts: the civil war in Ukraine, the conflicts involving Kurdish groups in the Middle East, and the civil war in Colombia. In particular, the authors examine three important aspects of women’s participation in armed groups: mobilization, participation in combat, and conflict cessation. In doing so, they shed light on women’s pathways into and out of nonstate armed groups. They also address the implications of women’s participation in these conflicts for policy, including postconflict programming. This is an accessible and timely work that will be a useful introduction to another side of contemporary conflict.

Jessica Trisko Darden is an assistant professor in the School of International Service at American University and from 2017 to 2019 a Jeane Kirkpatrick Fellow at the American Enterprise Institute.

Alexis Henshaw is an assistant professor in the Department of Political Science at Troy University and author of Why Women Rebel.

Ora Szekely is an associate professor of political science at Clark University and author of The Politics of Militant Group Survival in the Middle East.