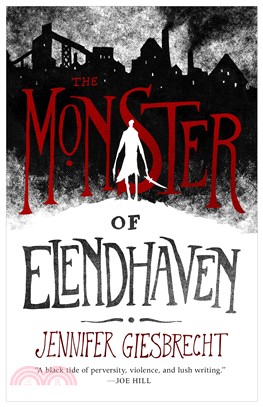 The Monster of Elendhaven is a dark fantasy, a twisted tale of revenge set in an original world as oily and real as Jack the Ripper’s London. After a thing with no name washes up on the docks, empty, alone, and unable to die, he becomes obsessed with a frail young man who can twist minds with magic. Together, they launch a plan so dark and cruel that readers will find themselves cheering for blood, and for these avengers to consummate their horrible passion for each other. But the pair are being hunted by officials from the south, intent on saving the world from the horrors mages can unleash.

This debut novella appeals to readers who love dark, compelling works, readers who relish in bad people working to bad ends. It captures the thrumming energy of Schwab’s Vicious and McGuire’s Down Among the Sticks and Bones. Readers will become addicts after one bite of Jennifer Giesbrecht's scintillating debut.