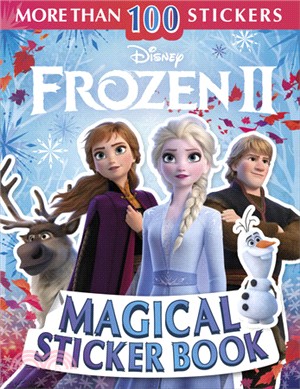 DK's Frozen 2: Magical Sticker Book is the perfect companion to Disney's highly anticipated second installment in the Frozen franchise. With more than 100 stickers and stacks of fun facts, this is a must-have title for Disney movie fans or fans of the hugely popular Frozen franchise. Learn all about the characters in the latest exciting movie, and discover key locations and iconic moments. Directed by Chris Buck and Jennifer Lee, and produced by Peter Del Vecho, Walt Disney Animation Studios' feature-length follow-up to 2013's Oscar®-winning film Frozen is slated for theaters on November 22, 2019. Kristen Bell, Josh Gad, Idina Menzel and Jonathan Groff are reprising their roles in an all-new story. Why was Elsa born with magical powers? The answer is calling her and threatening her kingdom. Together with Anna, Kristoff, Olaf and Sven, she'll set out on a dangerous but remarkable journey. In Frozen, Elsa feared her powers were too much for the world. In Frozen 2 she must hope they are enough.