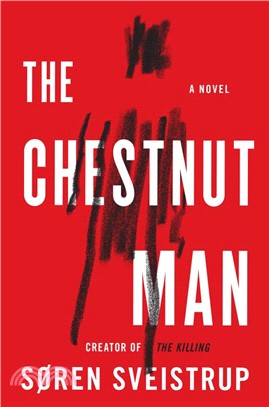 The heart-pounding debut from the creator of the hit Scandinavian television show The Killing.

“A full-throttle thriller in the tradition of classic Stieg Larsson, drenched in atmosphere and charged with adrenaline. Buckle up. You’ll gulp down every word. I loved this book.”—A. J. Finn, #1 New York Times bestselling author of The Woman in the Window

If you find one, he’s already found you.

A psychopath is terrorizing Copenhagen.

His calling card is a “chestnut man”—a handmade doll made of matchsticks and two chestnuts—which he leaves at each bloody crime scene.

Examining the dolls, forensics makes a shocking discovery—a fingerprint belonging to a young girl, a government minister’s daughter who had been kidnapped and murdered a year ago.

A tragic coincidence—or something more twisted?

To save innocent lives, a pair of detectives must put aside their differences to piece together the Chestnut Man’s gruesome clues.

Because it’s clear that the madman is on a mission that is far from over.

And no one is safe.