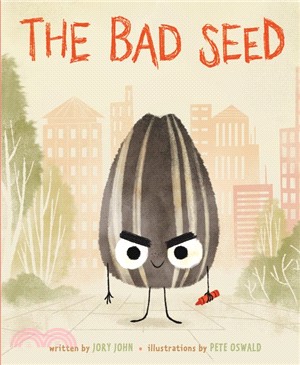 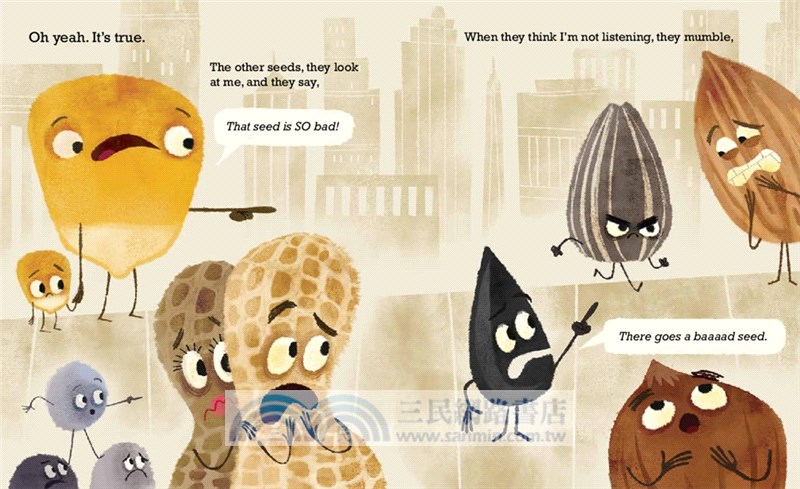 From New York Times bestselling author Jory John comes the charming story of the Bad Seed, a grumpy and mischievous character who may not be so bad after all.
There is a bad seed. A baaaaaaaad seed. How bad? Do you really want to know?

He lies about pointless stuff.

He cuts in line. Every time.

And he does LOTS of other bad things too.

But what happens when a bad seed doesn’t want to be bad anymore?

Can a bad seed change his baaaaaaaad ways?

Jory John is a New York Times bestselling author and two-time E.B. White Read-Aloud Honor recipient. Jory’s work includes the award-winning Goodnight Already! series, the bestselling Terrible Two series, the recent picture books Penguin Problems and Quit Calling Me a Monster!, and the national bestseller All my friends are dead, among many other books. He lives and works in Oregon, where he tries to be a very good seed, indeed.

Pete Oswald is a painter, illustrator, and filmmaker. He is the co-creator of Mingo the Flamingo. Pete worked as a character designer and concept artist on the popular films Madagascar: Escape 2 Africa, Cloudy with a Chance of Meatballs, and Hotel Transylvania. His short film The Story of Walls earned him an Annie Award nomination. He was the production designer of The Angry Birds Movie. Pete lives in Santa Monica, California, with his wife and two sons. You can visit him online at peteoswald.tumblr.com.