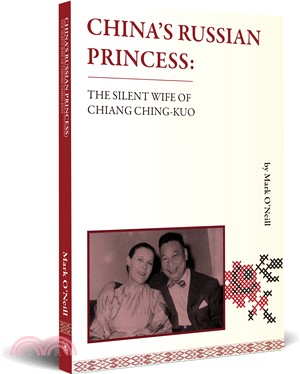 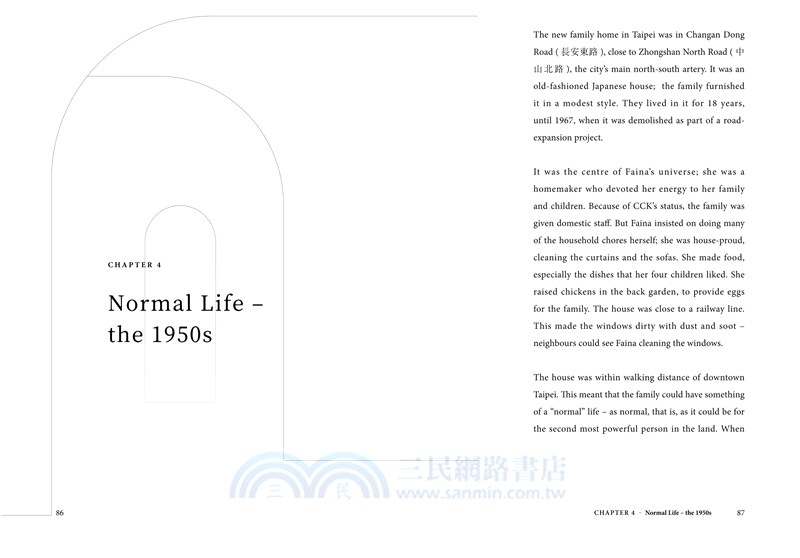 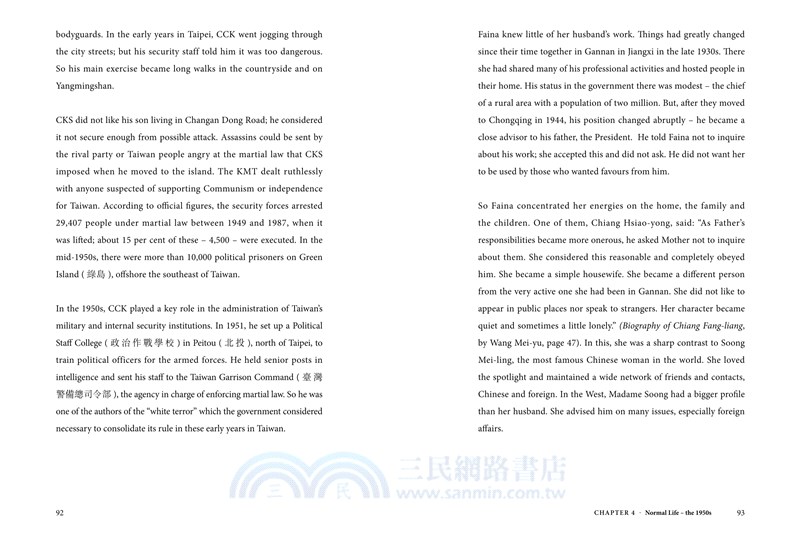 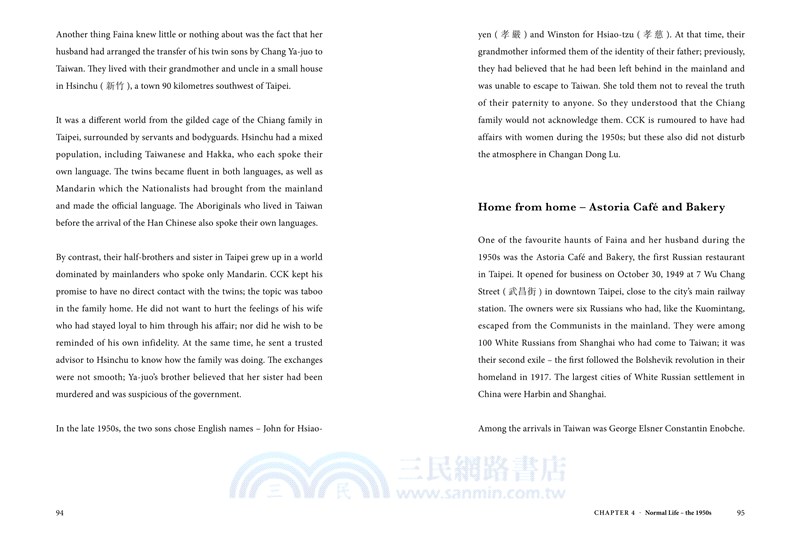 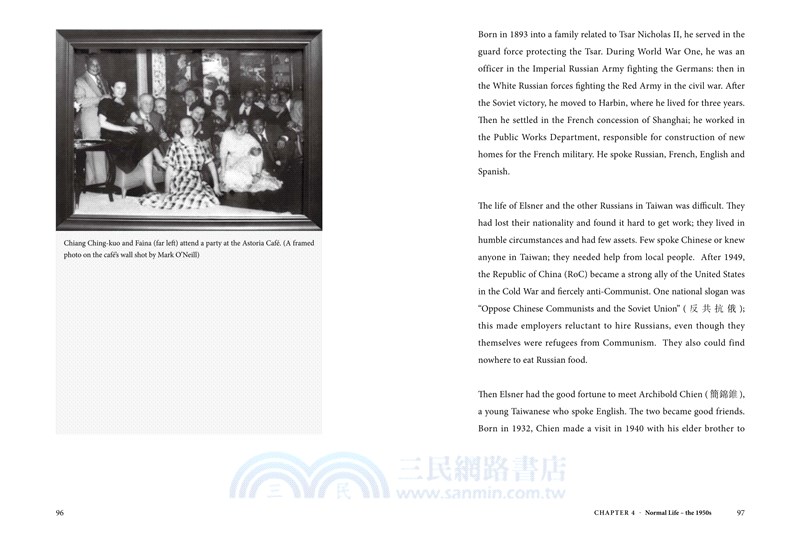 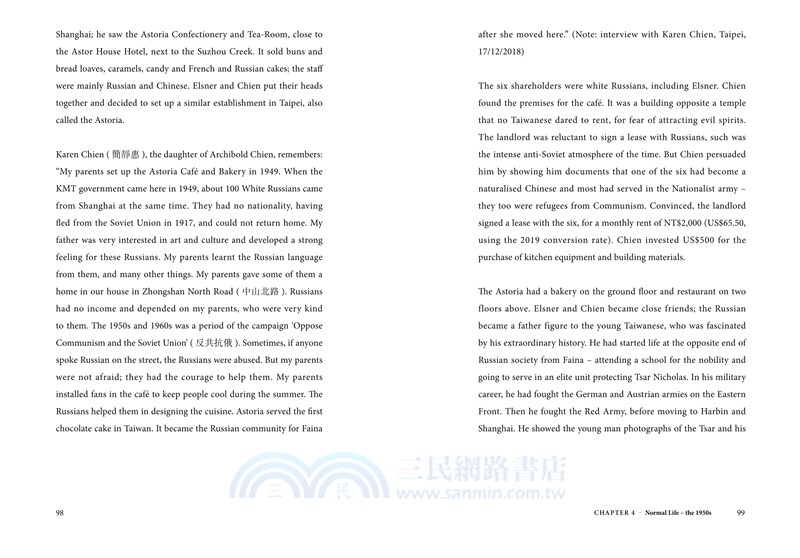 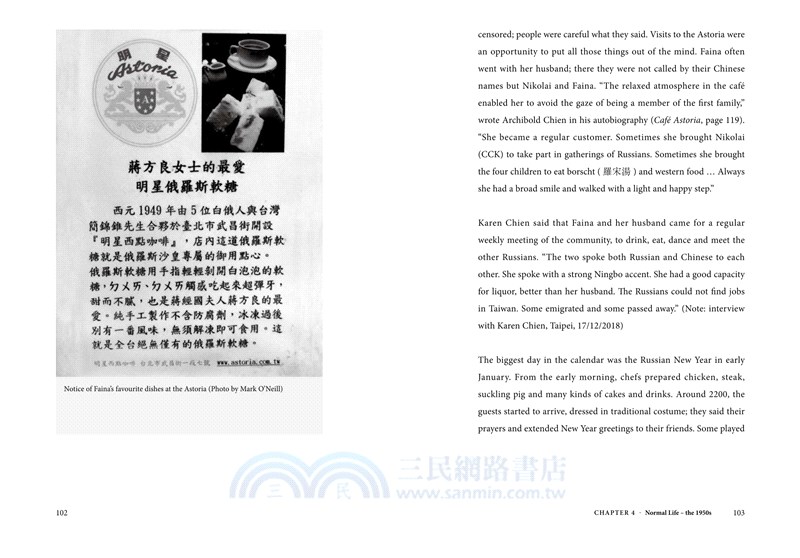 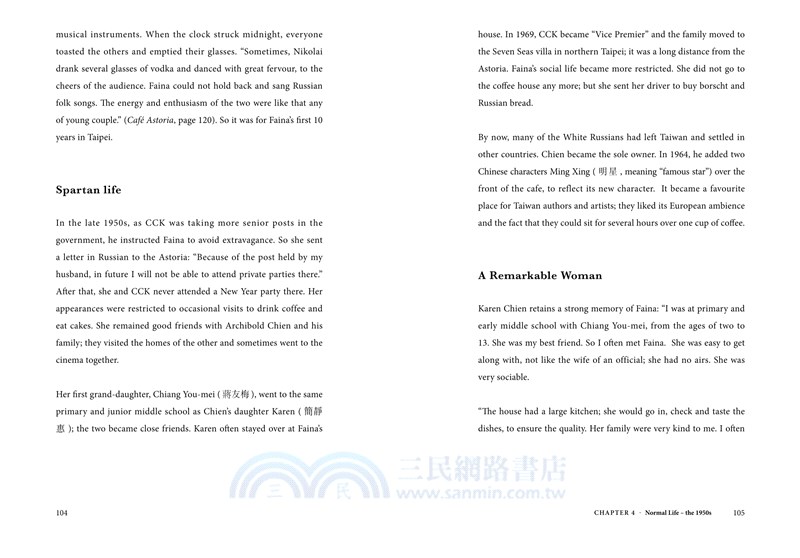 For years, Faina, the Russian wife of Chiang Kai-shek's son Ching-kuo, was a missing link in our understanding of 20th century China.  Mark O'Neill's new biography tells an astonishing story of a young woman who started as a Soviet factory worker and found herself deeply entwined in the political turmoil of the formation of modern China.  This is not just a story of a political couple, but rather a wideranging and compelling tale of the forces that shaped a political generation - and eventually, democracy in Taiwan.

--Rana Mitter, Professor of the History and Politics of Modern China; Director of the University of Oxford China Centre

Mark O’Neill was born in London and educated at New College, Oxford University. Mark has worked in Asia since 1978, in Hong Kong, Taiwan, India, China and Japan, for the BBC, Reuters, the South China Morning Post and other media. He has written nine books: Tzu Chi — Serving with Compassion; Frederick, the Life of My Missionary Grandfather in Manchuria; The Chinese Labour Corps; From the Tsar’s Railway to the Red Army; The Second Tang Dynasty — The 12 Sons of Fragrant Mountain Who Changed China; The Miraculous History of China’s Two Palace Museums; Ireland's Imperial Mandarin: How Sir Robert Hart Become the Most Influential Foreigner in Qing China; Israel and China: From the Tang Dynasty to Silicon Wadi and this one. Five have Chinese editions, both traditional and simplified, as well as English. He lived in Beijing and Shanghai for more than 16 years. Now he works as an author, journalist and teacher, based in Hong Kong. He speaks and writes Chinese (Mandarin and Cantonese), French and Japanese.

From the Soviet Union with Love

Running a Country is Easy, Running a Family Hard

She was Always Waiting for Him at the Door