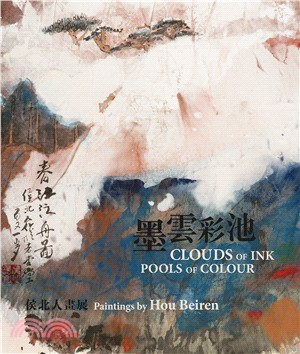 Clouds of Ink, Pools of Colour: Paintings by Hou Beiren explores the splashed ink landscape painting tradition through the work of its foremost contemporary exponent. The California-based Hou Beiren has been exploring splashed ink techniques in his work over the course of the past four decades. Inspired by his friend, the painter Zhang Daqian (1899–1983) who revived splashed ink painting in the 1950s and 1960s, Hou has developed this painting tradition into a uniquely fluid and sensuous vision of hyper-colourful monumental mountainscapes. Hou Beiren served briefly in the Nationalist government in Chongqing during the mid-1940s. He later abandoned his political career to move to Beijing where he exhibited and taught painting. Fleeing to Hong Kong in 1949, Hou later settled in northern California where he has painted and taught since 1956.