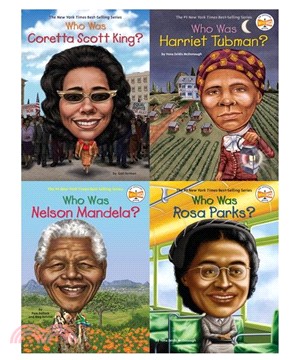 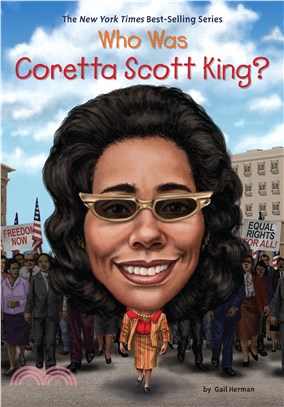 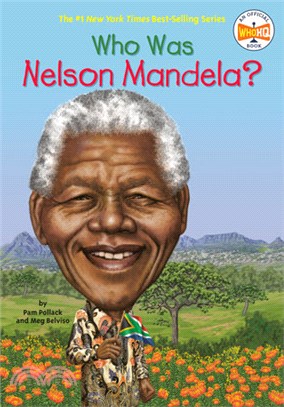 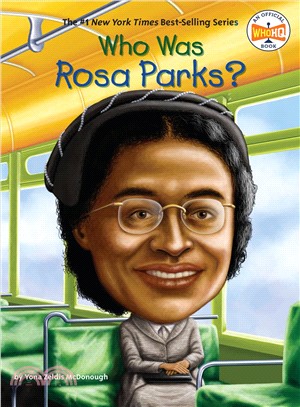 9780451532619 Who Was Coretta Scott King? 科麗塔•史考特•金恩夫人
The wife of Martin Luther King Jr., Coretta Scott King was a civil rights leader in her own right, playing a prominent role in the African American struggle for racial equality in the 1960s.

Here's a gripping portrait of a smart, remarkable woman. Growing up in Alabama, Coretta Scott King graduated valedictorian from her high school before becoming one of the first African American students at Antioch College in Ohio. It was there that she became politically active, joining the local chapter of the National Association for the Advancement of Colored People (NAACP). After her marriage to Martin Luther King Jr., Coretta took part in the Civil Rights Movement. Following her husband's assassination in 1968, she assumed leadership of the movement. Later in life she was an advocate for the Women's Rights Movement, LGBT rights, and she worked to end apartheid in South Africa.

In 1955, Rosa Parks refused to give her bus seat to a white passenger in Montgomery, Alabama. This seemingly small act triggered civil rights protests across America and earned Rosa Parks the title "Mother of the Civil Rights Movement." This biography has black-and-white illustrations throughout.

9780448428895 Who Was Harriet Tubman 哈莉特‧塔布曼
Born a slave in Maryland, Harriet Tubman knew first-hand what it meant to be someone's property; she was whipped by owners and almost killed by an overseer. It was from other field hands that she first heard about the Underground Railroad which she travelled by herself north to Philadelphia. Throughout her long life (she died at the age of ninety-two) and long after the Civil War brought an end to slavery, this amazing woman was proof of what just one person can do.

9780448479330 Who Was Nelson Mandela? 納爾遜‧曼德拉
As a child he dreamt of changing South Africa; as a man he changed the world. Nelson Mandela spent his life battling apartheid and championing a peaceful revolution. He spent twenty-seven years in prison and emerged as the inspiring leader of the new South Africa. He became the country’s first black president and went on to live his dream of change. This is an important and exciting addition to the Who Was...? series.