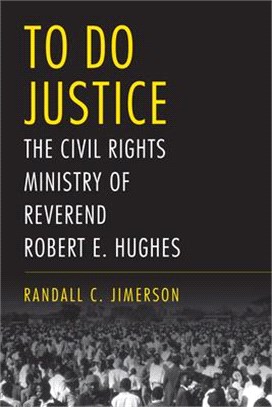 Biography of a civil rights activist who worked tirelessly at the heart of two social and political revolutions A native Alabamian, Reverend Robert E. Hughes worked full-time in the civil rights movement as executive director of the Alabama Council of Human Relations, where he developed a close relationship with Dr. Martin Luther King Jr. After facing backlash from the Ku Klux Klan, spending four days in jail for refusing to disclose ACHR membership lists, and ultimately being forced to leave the state of Alabama, he served as a Methodist missionary in Southern Rhodesia. After two years of organizing Black liberation groups, he was banned as a "prohibited immigrant" by the Ian Smith government. His lifelong commitment to social justice, racial equality, and peaceful resolution of conflicts marks a fascinating career richly documented in this comprehensive biography. To Do Justice: The Civil Rights Ministry of Reverend Robert E. Hughes traces the life and career of an admirable and lesser-known civil rights figure who fought injustice on two continents. This account presents valuable new evidence about the civil rights movement in the United States as well as human rights and liberation issues in colonial Southern Rhodesia in the years leading up to independence and self-rule. Readers get a behind-the-scenes look at a courageous individual who worked out of the public spotlight but provided essential support and informational resources to public activists and news reporters. Randall C. Jimerson explores the interwoven threads of race relations and religious beliefs on two continents, focusing on the dual themes of the American civil rights movement and the African struggles for decolonization and majority rule. The life and career of Hughes provide insight into the international dimensions of racial prejudice and discrimination that can be viewed in comparative context to similar oppressions in other colonial lands.