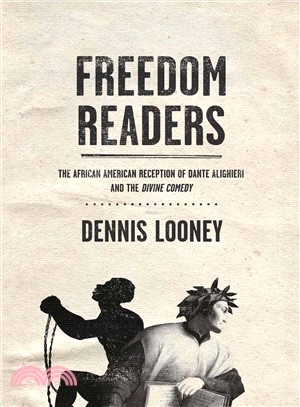 In?many ways, the African American reception of Dante follows a recognizable narrative of reception: the Romantic rehabilitation of the author; the late-nineteenth-century glorification of Dante as a radical writer of reform; the twentieth-century modernist rewriting; and the adaptation of the Divine Comedy into the prose of the contemporary novel. But surely it is unique to African American rewritings of Dante to suggest that the Divine Comedy is itself a kind of slave narrative. Only African American "translations" of Dante use the medieval author to comment on segregation, migration, and integration. While many authors over the centuries have learned to articulate a new kind of poetry from Dante's example, for African American authors attuned to the complexities of Dante's hybrid vernacular, his poetic language becomes a model for creative expression that juxtaposes and blends classical notes and the vernacular counterpoint in striking ways. Looney demonstrates this appropriation of Dante as a locus for black agency in the creative work of such authors as William Wells Brown, the poet H. Cordelia Ray, Richard Wright, Ralph Ellison, Amiri Baraka, Gloria Naylor, Toni Morrison, and the filmmaker Spencer Williams.

"Dennis Looney's Freedom Readers is an original, timely, and very welcome contribution to the study of Dante's reception in the United States. Looney shows vividly and lucidly how the American reception of Dante is tied more closely to the entangled history of the country's black and white citizens than we have ever imagined; he also explores how influential readers in the Afro-American cultural tradition, over almost two centuries, have called upon Dante to help them negotiate the transition from the culture of their past to that of their present. --Nicholas Havely, University of York

"Dennis Looney takes us on a fascinating journey of discovery of the African American reception of Dante and the Divine Comedy, covering with great surety the period from the early 1800s to the present: from William Wells Brown, Cordelia Ray, and W. E. B. Du Bois to Gloria Naylor, Toni Morrison, and Dudley Randall. Rigorously researched and also engagingly readable, Freedom Readers offers a new angle of seeing African American literature that enriches our appreciation of its complexity and beauty. Demonstrating persuasively the continuing relevance of Dante, this important study of African American anti-imperial readings of his life and works opens up valuable new lines of comparative literary investigation." --M. Giulia Fabi, University of Ferrara

"Freedom Readers fills a gap in scholarship and criticism, and fills it outstandingly. Looney reconstructs the historical, ideological, political, and cultural background with extreme accuracy, and his reading of Du Bois, LeRoi Jones, and Toni Morrison is a great feat both of interpretation and of writing. The book promises to become a milestone: original, new, fresh, often exciting." --Piero Boitani, University of Rome "Sapienza"

Dennis Looney?is professor of Italian at the University of Pittsburgh.