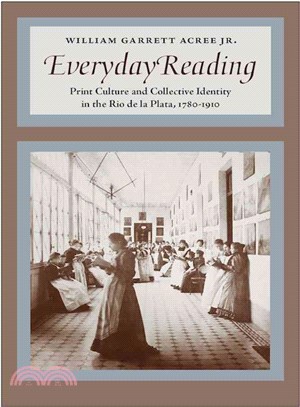 Starting in the late nineteenth century, the region of South America known as the Rio de la Plata (containing modern-day Uruguay and Argentina) boasted the highest literacy rates in Latin America. In Everyday Reading, William Acree explores the history, events, and culture that gave rise to the region's remarkable progress. With a specific focus on its print culture, in the form of newspapers, political advertisements and documents, schoolbooks, and even stamps and currency, Acree creates a portrait of a literary culture that permeated every aspect of life.

Everyday Reading argues that the introduction of the printing press into the Rio de la Plata in the 1780s hastened the collapse of Spanish imperial control and played a major role in the transition to independence some thirty years later. After independence, print culture nurtured a new identity and helped sustain the region through the tumult of civil war in the mid-1800s. Acree concludes by examining the role of reading in formal education, which had grown exponentially by the early twentieth century as schoolchildren were taught to fulfill traditional roles in society.