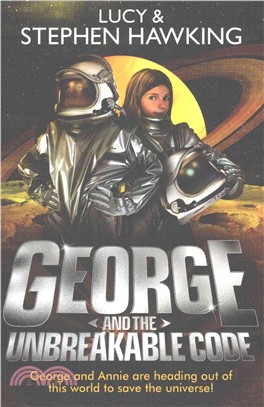 George and his best friend Annie haven't had any space adventures for a while and they're missing the excitement. But not for long . . .

Seriously strange things start happening. Banks are handing out free money; supermarkets can’t charge for their produce so people are getting free food; and aircraft are refusing to fly. It looks like the world's biggest and best computers have all been hacked.

George and Annie will travel further into space than ever before in order to find out who is behind it.

STEPHEN HAWKING is Director of Research at the Institute of Theoretical Cosmology at the University of Cambridge; he held the post of Lucasian Professor of Mathematics at the University of Cambridge for thirty years. He is widely regarded as one of the most brilliant theoretical physicists since Einstein. In 2009 he was awarded the Medal of Freedom, America's highest civilian honour, by President Obama and has also recently been awarded the Cosmos Award for Outstanding Public Presentation of Science. His adult book A Brief History of Time has been a phenomenal bestseller worldwide and is now available in more than 30 languages.

LUCY HAWKING is the author of two adult novels, and has written for the Daily Mail, the Telegraph, The Times and the Evening Standard and has been a guest presenter and regular contributor on radio.