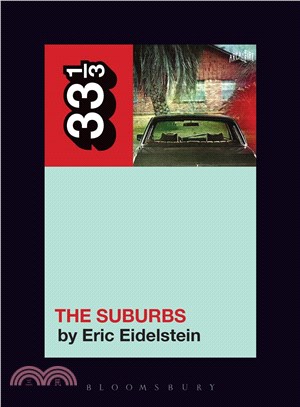 The Suburbs is an incredibly sentimental and nostalgic album, which to some critics made its emotional appeal feel unearned and manipulative. But it also made a heavy impact on fans and – to the surprise of many – won Album of the Year at the 2011 Grammy's. This immensely visceral album triggers a sincere celebration of not formative years spent in a cookie-cutter development, but of feeling self-important, immortal, and desperate to escape. It examines youth and amplifies an innate sense of longing and remembrance.

Eric Eidelstein's The Suburbs explores this weird, utopic recollection of youth by comparing the album to suburban scenes in film and television, such as Blue Velvet, Mad Men, The Americans, and Spike Jonze's Scenes from the Suburbs. Through the close examination of film depictions of the suburbs, both past and present, Eidelstein delves into the societal factors and artistic depictions that make the suburbs such a fascinating cultural construct, and uncovers why the album creates such a relatable and universal sense of reminiscence.

Eric Eidelstein is a film/TV critic based in Brooklyn, and his work has been featured in Indiewire, Complex, Mic, Catapult, Brooklyn Magazine, and Backstage.
PrevNext