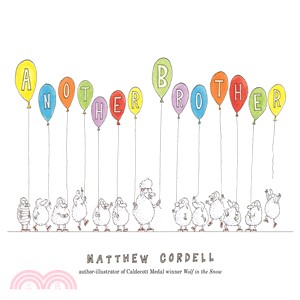 Matthew Cordell, the author-illustrator of Caldecott Medal winner Wolf in the Snow, crafts a delightful picture book about new siblings and growing families in Another Brother.

Life for Davy was glorious, as long as he had his mother and father to himself.
But then he got a brother, Petey. When Davy sang, Petey cried. When Davy created a masterpiece, Petey spat up on it.
And then he got another brother, Mike!
And another, Stu!
And another, Mickey!
And another . . . and another. . . .
Until Davy had
12 whole brothers!
And that was only the beginning. . . .

Praise for Another Brother:

“Cordell emphasizes the humor in the once only child's whiplash of conflicting emotions. Baby brothers may be a pain, but the havoc they create can be painfully funny.” —The New York Times

“The pen-and-ink and watercolor artwork is filled with humorous detail. Think Richard Scarry's warmth and scale, with a minimalist approach to setting. . . . The story is a great way to discuss life as a half-empty or half-full vessel, and the very human struggles of sibling rivalry.” —School Library Journal, starred review

“Funny and touching in equal measure, this is a sheepish look at how imitation is the sincerest form of flattery, even when it is super annoying.” —Booklist

“Older brothers and sisters will surely relate to Davy's sibling struggles, but even younger sibs will have a baaaaa-ll with this one.” —The Bulletin 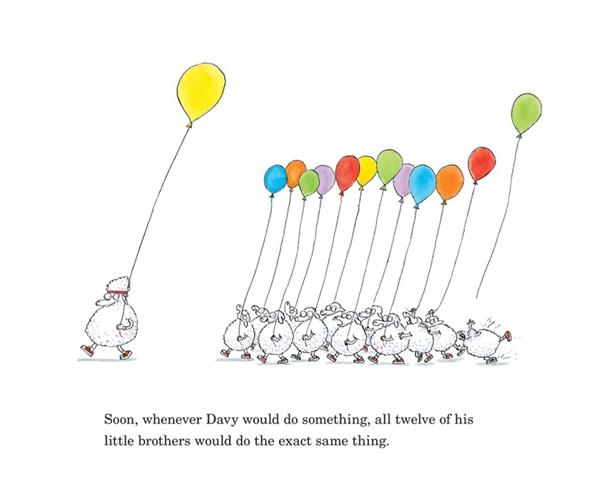 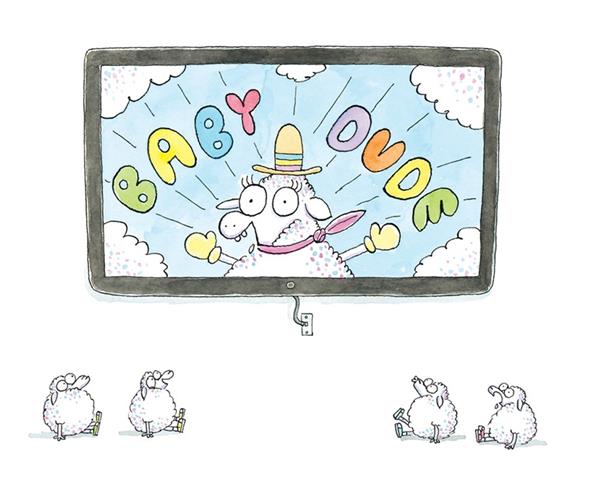 Matthew Cordell is the Caldecott award-winning author and illustrator of Wolf in the Snow, as well as Trouble Gum, Another Brother, hello! hello!, and Wish. He has illustrated numerous books by renowned authors including Philip Stead (Special Delivery), Rachel Vail (the Justin Case series), and Gail Carson Levine (Forgive Me, I Meant to Do It: False Apology Poems). He lives with his family in Gurnee, Illinois.
PrevNext