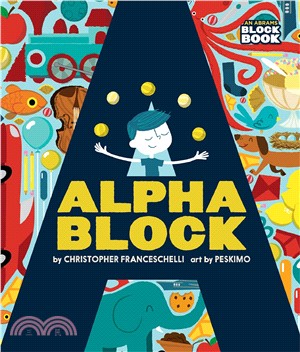 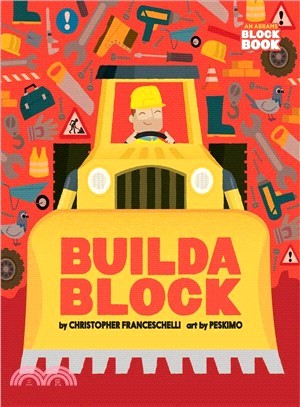 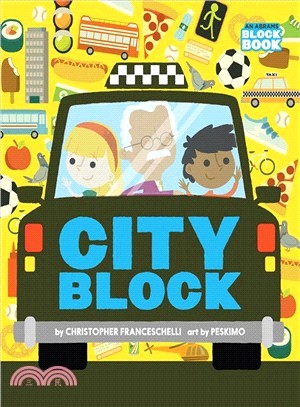 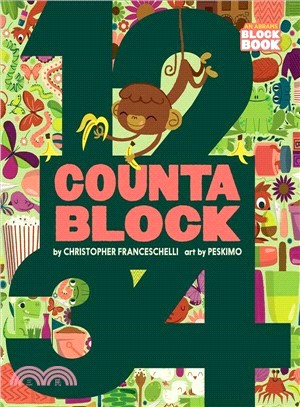 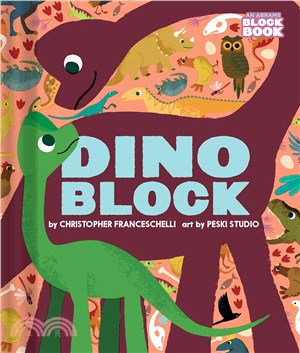 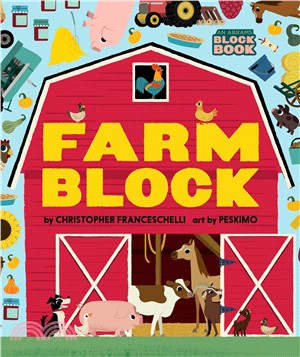 1. 9781419725692 Buildablock (硬頁書)
In this companion to Alphablock, Countablock, Dinoblock, and Cityblock, readers are introduced to more than 24 construction machines. As in the previous books, Buildablock features die-cut shapes on every other spread and the charming art of British design team Peskimo. Alphablock was chosen one of Parents magazine’s 10 Best Children’s Books of 2013 and one of ALSC’s Notable Children’s Books of 2014.

2. 9781419721892 Cityblock (硬頁書)
Cityblock explores city life in an exciting and unique way, from up in a high-rise building to down in the subway. Divided into three sections—things that go, things to see, and things to eat—it features 24 different aspects of city living. As with the other acclaimed books in the series, die-cut icons hint at the larger context on the next spread. Each section opens with a full city scene but gradually focuses in on the small, unique neighborhoods that make the city large and grand. This clever book will attract young readers living in a metropolis as well as those in the countryside with urban life that pops off each page.

3. 9781419716744 Dinoblock (硬頁書)
Following in the footsteps of the groundbreaking Alphablock and Countablock, Dinoblock features thick pages cut into the shapes of dinosaurs! Readers will be introduced to more than 20 different kinds of dinos via die-cuts of their unique silhouettes and the illuminating comparisons to familiar things from a young child’s world. I stretch high like the ladder on a fire truck. I am a Brachiosaurus. As children touch the pages, they have a chance to guess the dinosaur and appreciate the uniqueness of its silhouette. A final gatefold delivers a roundup of all the dinos included. This hands-on approach, delivered in colorful pages by hip British design team Peskimo, makes for an immersive, age-appropriate introduction to a favorite topic of childhood.

4. 9781419713743 Countablock (硬頁書)
Following on the heels of a successful abecedary, Countablock features thick pages cut into the shape of each numeral, creating a peek-through guessing game around the number form itself. One acorn becomes . . . one oak tree! From snowmen to puddles and eggs to chicks, quantities are illustrated twice: both before and after their  “transformations.” As children interact with the pages, they will familiarize themselves not only with the numbers 1–100 and associated quantities, but with each numeral’s physicality—angles, holes, and curves, both front and back. Die-cut numerals include 1–10, and 20–100 by tens. Illustrated by hip British design team Peskimo, this fresh take on the 1-2-3s encourages readers to manipulate numbers in a whole new way.

5. 9781419709364 Alphablock (硬頁書)
With thick pages cut into the shape of each letter, children and parents will enjoy this peek-through guessing game around the letterform itself. Sprinkles, hot fudge, and cherries hint at I’s ice cream sundae, while aquarium accessories hint at F’s fish. As readers interact with the pages, they will familiarize themselves not only with the 26 letters and associated words, but also with each letter’s physicality—angles, holes, and curves, both front and back. With Peskimo’s animated, stylish visuals, this fresh ABC book encourages readers to manipulate the alphabet in a whole new way.

It’s time to plant some crops, harvest the veggies, and make jam to take to the farmer’s market! In this follow-up to Alphablock, Countablock, Dinoblock, Cityblock, Buildablock, and Marvel Alphablock, readers are introduced to what life is like on the farm. Like the previous titles, Farmblock explores a concept—in this case, seasons. From a rooster crowing at the crack of dawn to picking pumpkins for Halloween, there is so much to do all year-round! In keeping with the rest of the series, Farmblock features die-cut pages, gatefolds, and the charming art of British design team Peskimo.

Note: illustrations are in the style of vintage screen prints, with imperfect variations in color and texture.
書內的插畫，想要呈現復古的感覺，所以會有另一種不完美的感覺，不是瑕疵書。