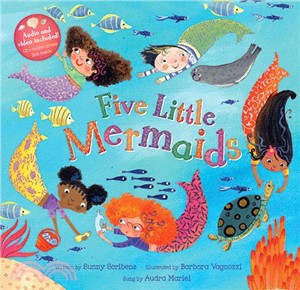 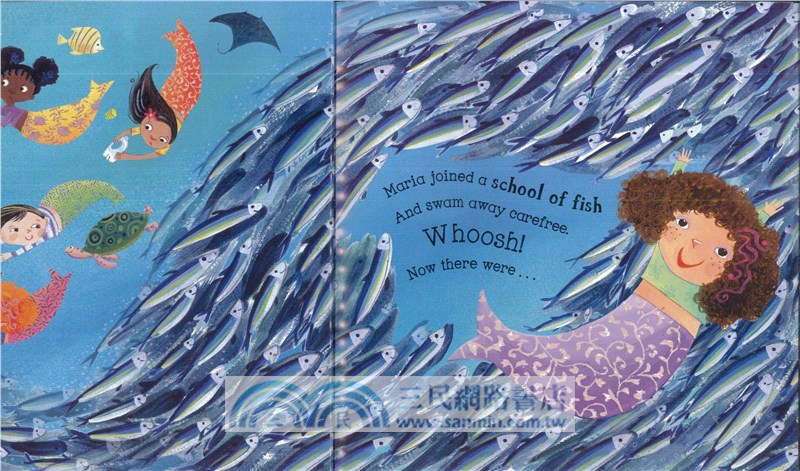 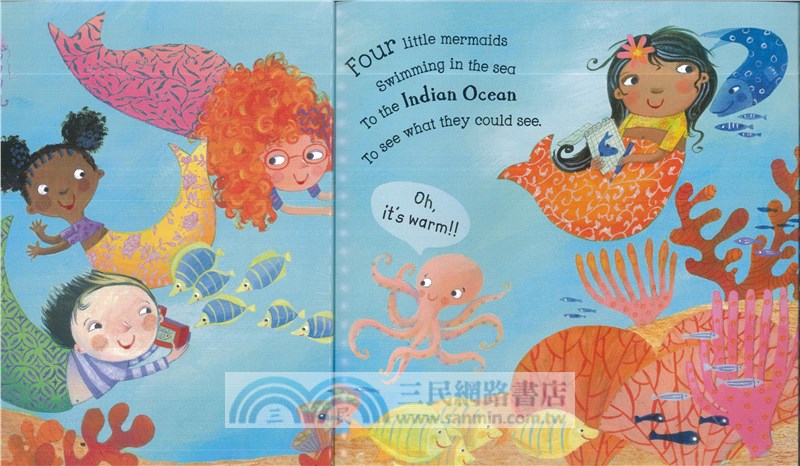 Five mermaids guide children on a whimsical singalong journey through the world's oceans, counting down from 5 to 0. Includes educational notes about mermaid legends, marine animals, and the five oceans, as well as a catchy song and video animation to reinforce STEM learning.

Sunny Scribens was born and raised outside Nashville, TN, and holds an M.A. in Classics from the University of Texas. She has written numerous titles for Barefoot Books, including Space Song Rocket Ride and My Friend Robot!, and co-authored the critically acclaimed Barefoot Books Children of the World under the name Kate DePalma.

Barbara Vagnozzi started drawing on the kitchen walls at a very early age. Her parents were not so keen on repainting, so they quickly introduced her to sketchbooks instead. After earning a degree in Modern History and working in Medieval Archeology she decided to become a professional illustrator. Since then, she has illustrated many picture books, published in Italy, UK, USA, Korea, New Zeland and more. Apart from illustrating, she hosts workshops and book presentations for primary school children and teachers.

Audra Mariel is a jazz vocalist whose favorite childhood pastime was staging original (often musical) plays in the living room or the backyard. When she isn't performing, she spends her time visiting schools and theaters as a teaching artist. Audra currently lives in New Jersey.